HBO Max’s “Batgirl” movie is shaping up with Haley Lu Richardson (“Split”), Zoey Deutch (“Zombieland : Double Tap”), Leslie Grace (“In the Heights”) and Isabelle Merced (“Dora the Explorer”) said to be the top contenders for the role of Barbara Gordon in the pic. Adil El Arbi and Bilall Fallah direct the film, which is being penned by Christina Dodson. [Source : Deadline]

Jason Momoa will dye his hair blonde for the upcoming “Aquaman” sequel, “Aquaman and the Lost Kingdom”. Momoa, who rejoins Amber Heard in the follow-up, took to Instagram to confirm his newly coloured locks. 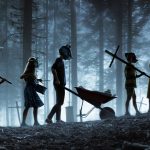 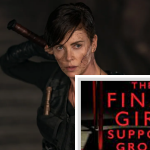