Who doesn’t love a collection of spooky stories to give you a few good scares? Well…not everyone but if you are on this site, it is probably a safe bet! Anthology films can be a real tricky beast to tackle. How do all the tales connect? Are they literally connected? Is it a thematic thread? Maybe they all include the same character? That is where this film, Lilith, comes into play. Our titular demon takes the reins in each story as she tortures and torments a variety of men for a variety of different transgressions. Adultery, abuse, and abandonment are just a few. But here is to say…anthologies are hard to make work.

Does Lilith step up to deliver on this concept? Not quite. This film is a mess from a narrative standpoint. Many anthologies take on formal divisions like title cards or transitional sequences to help the audience process the move into the next story. This horror flick does no such thing. Honestly it was quite confusing to keep track of the stories and what was related or not. And that is the other narrative challenge…how are these related? The surface answer is just Lilith. This entity appears in each one. But the tricky thing is that some of these stories are interlocked from a story perspective. What makes it awkward is that not all of them are though. There are a few separate threads that we get introduced to (two are extra gory and unnerving). The writing on this film leaves a lot to be desired.

But is the narrative structure the only shortcoming of this flick? Unfortunately, there is more to come. Acting…yeah…not great. Most of the performances in this film feel amateurish and awkward to watch. It is hard to connect with the characters and the emotional content of the story when the actors keep reminding you that they are trying to act. One performance stands out as a quality one that really engaged me and that was Vernon Wells…which is no surprise that he is by far the most experienced actor. Wells’ appearance was also fun for me as a huge fan of The Road Warrior.

We can discuss narrative structure and acting all we want but when it comes down to it…does this film scare you? Lilith has its moments. The film leans heavily into the idea that you as the audience are expecting that Lilith will make an appearance and that tension is felt in each sequence of the film. The effects are on the low end which can harm the level of terror they create but the set ups are still solid. What works most for the film are the inspired directorial choices by Alexander T. Hwang. Hwang uses some inspired camera work and staging to build tension and deliver scares.

Is this messy anthology worth your time? If your stands for your horror are just to see if you will get some scares? If so, then Lilith delivers some over the course of its brief 82-minute runtime. If you need more than that (like a well-structured and quality narrative), then this film will leave a lot to be desired. I was left wanting…but this just might deliver what you want and need right now. 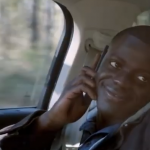 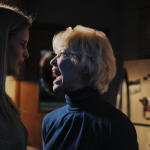