The last time Disney enticed us into a ‘Jungle Cruise’, it came with a queue, some ghastly scripting, and the backside of a waterfall.

One of those things returns for the film adaptation, and moviegoers will be glad to know the rest – the hokey gags, corroded props and unwitty tour guide – have been left at the boat-changing terminal in Anaheim.

Much like Disney’s “Pirates of the Caribbean” – and the majority of its sequels – the studio have taken what’s otherwise a reedy-plotted and swift theme park ride and produces a charming, high-energy adventure yarn that runs a zip line through most other summer tent poles of late!

In short, “Jungle Cruise” is the movie ride to take – especially during these trying, turbulent times – this year.

“My name is Dr. Lily Houghton. My brother and I are looking for passage upriver. Legend has it that there is a tree that possesses unparalleled healing power. It will change medicine forever.”

And therein, thanks to one well-penned line of expository dialogue spoken by Emily Blunt,  lies your plot.

Houghton (Blunt) and her brother (Jack Whitehall) hire burly boatman Frank Wolff (Dwayne Johnson) to lead them upriver in search of the magical tree. Along the way, they encounter all sorts of wild animals, snakes, waterfalls, rapids, the undead (or are they ‘dead’?), and a German stalker, also in search of the treasure.

Though more a compilation album of other classics – “Indiana Jones” most notably; a bit of “Romancing the Stone”, too – “Jungle Cruise” nails those references, and fantastically balances its duelling tones of adventure and comedy so proficiently that you’ll forgive the writers ( Michael Green, Glenn Ficarra, and John Requa) inability to produce anything significantly original.

Even director Jaume Collet-Serra, better known for his daddy-gotta-eat action efforts with Liam Neeson, proves himself a reliable skipper, keeping the tug moving brisky and with enough pop to appease even the most restless of younger viewers.

With weighty, fun, over-the-top support from Jesse Plemons as the pompous villain, Prince Joachim, and Jack Whitehall as McGregor, aka the comic relief, Johnson and Blunt anchor the film with amusing, charming performances – with their banter a true highlight of the film.

Ignore the somewhat unexceptional CGI and daft plot and the delightful “Jungle Cruise” both entertains – and reassures “Indiana Jones” fans that the next instalment of that franchise is in good hands with the new guard at Disney. 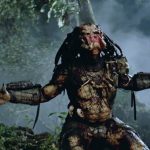 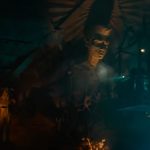