Who is ready for some new dinosaur action? COVID may have delayed everyone’s opportunity to check out the latest Jurassic World but that does not mean there are no other options! On the contrary, this new horror flick will fill that void so well…it is almost like Hatched is borrowing a lot from the Jurassic World franchise. That is fact because there are some eerie similarities. Not to give too much away but if you have seen Jurassic World: Fallen Kingdom, you might know some of the twists and turns of Hatched. You might even get some 28 Days Later vibes as well. Never trust the military people brought in to assist!

Now that we know what the film borrows from, what does Hatched provide its audience that is original? Not a whole lot. Even the effects feel like they are borrowed from Turok circa 2002. Yeah…that is certainly not great. As you watch the raptor and T-rex chowing down on people, they look like they are copy and pasted over the actors and bad CGI blood is flying. Really silly. But the film is SUPER serious. So serious…actually, too serious. The idea of a film filled with dinosaurs and clones just seems too outlandish to be taken fully seriously. This is no Jurassic Park. The directors, Scott Jeffrey and Rebecca Matthews, seem to have an idea of what they want this film to be (it is relatively straightforward with this creature feature) but it never really kicks into gear.

What keeps this film from reaching that full potential? First off, the characters feel so flat. None of them have any personality (which is concerning because there is a decent amount of them). The performances also leave plenty to be desired. Especially with the husband and wife at the start of the film, they are way too stiff and awkward. Unfortunately, the rest of the cast do not do much better. The film also lacks energy and personality from a directing perspective. The terrible CGI did not help that case either. Throw in sequences that really drag (this film is only 80 minutes), we get a bland and awkward ride that relies too heavily on cheesy and unscary auditory jump scares.

But there must be some positives, right? To give the film some credit, there are a few sequences (including an homage to the kitchen sequence from Jurassic Park) that feel inspired and well crafted. But there are not enough of those moments to make Hatched a journey worth taking. Just go rewatch Jurassic Park…you will be happier. 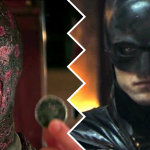 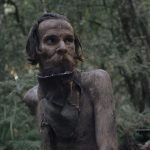