Can a film be a “Part Two” if it is actually a prequel to “Part One?” I know…it is confusing but let us not get caught in if the titles of Fear Street make sense. What we want to discuss is if this is another fun adaptation of R.L. Stine’s famous teenage book series? Does Netflix have a winner on their hands? Fear Street Part One: 1994 has some fun homages to classic horror flicks (including its wonderful opening scene that 100% was influenced by Scream). Part One was not perfect…some characters are annoying, and it certainly felt WAY too long.

But how does Part One lead into Part Two? Fear Street Part Two: 1978 is set up as a framed narrative. A mysterious survivor of a previous massacre in Shadyside (played by Gillian Jacobs in a surprisingly small role) is confronted by our leads from Part One. Most importantly, she has a terrifying story to tell. Now we have a movie! Jacob’s Ziggy tells the tale of her summer at Camp Nightwing that turns into a bloodbath of murder and terror.

Is Leigh Janiak able to channel some classic horror flicks in her second outing with this trilogy? Where the first film felt like it was right out of the world of Scream and others, Part Two captures the spirit of Friday the 13th. Who would not want to endure a creepy journey through summer camp? Fear Street has its own crazed murder with the unfortunate character of Tommy being possessed by an evil witch (the main recurring element of this trilogy so far). This zombified and possessed slasher wields a sharp ax and (eventually) dons the knapsack on his head. This is a nice touch to have an “iconic” presence on the screen to grab the audience’s attention. This go around does (unfortunately) have some things in common with Part One. At times it feels derivative and familiar. The pacing is also like the first film as it feels like it drags on too long. But this one feels that way because the narrative quickly becomes repetitive.

But what stands out well for Part Two to help it overcome some of those shortcomings? There is a campy and fun feel to the film channeling the pulpy tone that makes many of Blumhouse’s endeavors worthwhile. The cast is committed with a charismatic lead performance from Stranger Thing’s Sadie Sink. Her younger version of Ziggy is a shaker who keeps the audience on their toes. Ziggy has a shaky relationship with her sister, Cindy, in the film (played with genuine care by Emily Rudd). This budding sororal bond is one of the highlights of the film as well as the emotional anchor (not the budding romance between Ziggy and one of the counselors). The bloody violence of the slasher scenes will certainly grab the attention of genre fans (Marco Baltrami’s score really lays the groundwork for suspense and tension). The end of the film returns the audience to 1994 after an emotional climax to the past narrative. What the film sets up for Part Three is…intriguing but you will have to wait until next week to find out how it turned out!

In the end, is Fear Street Part Two: 1978 a fun horror romp worth taking? If you are a fan of the slasher sub genre as well as the pulpy vibes of 70’s and 80’s horror, this will offer enough enjoyment (even if it is not original). You can tell that Janiak is having fun behind the camera and the cast is having fun in front of the camera. Head on over to your Netflix queue and add this spooky film. Get ready to see plenty of blood and guts paired with some exciting scares. 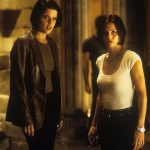 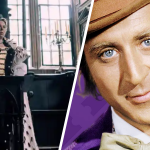