Who knew that we were getting a sequel to the sleeper hit thriller Escape Room? To be honest, the ending of the first film set up a sequel so obnoxiously that I would be disappointed if that never came try for me. A crazy world organization is torturing specific groups of people with the most elaborate and dangerous escape rooms imaginable. The only thing less believe is that the title for this sequel was greenlit by somebody. When they mention Tournament of Champions in the film, it is just as bad when it was awkwardly mentioned in the trailer. Speaking of the trailer almost gives way the whole film. Why even see the film at that point?

There are plenty of ideas to process for Escape Room: Tournament of Champions…but where to start? How about with the dawn of Saw 2.0? You can see many things in common between Escape Room and Saw. With this new sequel, this franchise is beginning to lean in on the idea of a few dedicated characters who just might help the agents of evil. The plot twists in Tournament of Champions feel like they are ripped right from the world of Saw and I can see an endless supply of Escape Room sequels. At least Escape Room does not feel like torture porn…unlike Saw. It is hard for this franchise to flourish though as a derivative of another franchise. I can only see these films getting more and more absurd over time.

But why are audiences drawn to these films? The creativity and boldness of the rooms themselves must be the largest factors. I will give credit where credit is due…these escape rooms in this sequel are quite impressive while building some impressive tension. That is all that you can ask for right? The production design is incredible with the number of details that go into every room.  If you are perfectly fine with just riding on that factor, these films are fantastic. But you need a lot more than that to create a great film.

What are the elements that hold this sequel back from reaching its peak potential? First off, there are few likeable characters to attach to. Taylor Russell’s lead is the only purely likeable and fleshed out character that we can fully empathize with. Logan Miller’s co-lead is honestly annoying and Miller’s comic relief feels so forced with its terrible dialogue. We have a faith-based character thrown in the mix this time around who is grating and someone the audience wants off screen asap. The other characters act in such idiotic ways that they are hard to feel sorry for. In general, the dialogue is stiff and awkward, and the logic is almost non-existent. Basically, the characters are too dumb and annoying to really find enjoyable. There are also plenty of cliches and tropes that feel so unoriginal which is a shame when they bring down the creative and impactful designs.

How does Tournament of Champions shape up in this saturated landscape of horror/thrillers? This is an improvement over its successor…but it is not saying too much. There is so much potential in the Escape Room franchise, but it makes it that much harder when it leans into terrible writing and derivative ideas. Why would it be fun when you can see the character deaths coming a mile away? I am honestly not sure how to feel about more films…but we certainly are getting more after the obnoxious cliffhanger of this one. 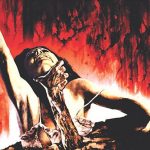 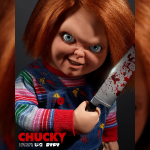