Disney looks to have both a critical and commercial hit on their hand with this week’s “Jungle Cruise”. Critics on all shores have viewed the Dwayne Johnson-Emily Blunt-starring adventure flick – based on the anachronistic Disneyland ride – and, it might surprise some, they all deeply dig the flick!

Here’s some early feedback from some choice critics!

After watching #junglecruise now understand why @TheRock wanted Jaume Collet-Serra to direct #BlackAdam. ‘Jungle Cruise’ is such a fun adventure that works for all ages. Emily Blunt and Dwayne Johnson have fantastic chemistry & it’s loaded with nods to ride. Thumbs way up. pic.twitter.com/Ljf2MqzE5F

I watched #JungleCruise today. @TheRock's been saying for two years that it's inspired by Indiana Jones, Romancing the Stone, and African Queen, and that's exactly the way it plays. It's super fun, with lots of heart, and after the first 10 minutes you'll be locked in. More plz. pic.twitter.com/HXczcwOieA

Disney’s #JungleCruise is a lot of fun – a big, fantastical adventure that feels similar in tone to the PIRATES OF THE CARIBBEAN movies & is packed with surprises. Dwayne Johnson & Emily Blunt are great together, but Jesse Plemons is a riot. Tons of nods to the ride it’s based on pic.twitter.com/tuQpWCEgFT

Jungle Cruise completely blew me away! The chemistry between Emily Blunt & Dwayne Johnson makes this film a COMPLETE BLAST! It is a PUN-FILLED adventure that captures the heart of the ride, but gives viewers an incredible story that will take them by surprise!

Really loved #JungleCruise, a rollicking, spirited adventure that honors the original attraction while forging its own distinct, mystical path. @TheRock and Blunt have undeniable chemistry and the @ILMVFX are truly dazzling. Doesn’t quite reach “Pirates” heights but comes close. pic.twitter.com/a5U96gTVti

#JungleCruise is an epic adventure – a throwback blockbuster we’ve been missing, a la THE MUMMY (99), PIRATES OF THE CARIBBEAN, THE AFRICAN QUEEN & ROMANCING THE STONE rolled into 1. A thrill ride you’ll want to see repeatedly. The most fun you’ll have at the movies all Summer. pic.twitter.com/GdX3NK6FQE

Disney’s #JungleCruise has filled the PIRATES sized hole in my life and left me begging for more lavish non-IP (a term I use pretty loosely) pictures from the studio. A fun and exciting pulpy romp, with terrific leads, that feels just like the Disney adventures we grew up with! pic.twitter.com/pZ2hpUoCS6

In “Jungle Cruise”, Dr. Lily Houghton enlists the aid of wisecracking skipper Frank Wolff to take her down the Amazon in his ramshackle boat. Together, they search for an ancient tree that holds the power to heal — a discovery that will change the future of medicine. 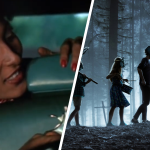 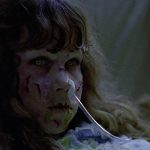