We’ve the creepy new trailer to whet your appetite today! Some goosebumpy horror goodness in here, by looks!

This chilling horror tale stars Michael Berryman (The Hills Have Eyes), Scout Taylor-Compton (Halloween), and Kane Hodder (Friday the 13th series). Long ago, Room 9 of the Johnson/Bedford Inn, located in a remote small town, was the site of a gruesome double murder. Decades later, with the town terrorized once again by a string of bloody ritual killings, a mysterious woman named Star arrives to investigate and suffers bizarre flashbacks related to the inn’s slayings. Is she connected to the killings…or the inn’s next victim? 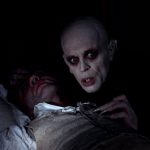 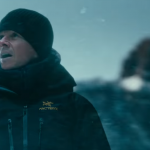