The trailer for Edgar Wright’s newie “Last Night in Soho”, releasing in October,has been released.

“This story of ‘Last Night In Soho’ was dreamed up over many late night walks in the city of London. I have a fascination both with the modern city I live in, but also with the London of the 60’s. It’s an obsession that encompasses the music, the fashion and, of course, the films. The story was partly inspired by both a love of the dramas and thrillers of that period, as well as the genre of psychological horror, which allows one to take audiences on a unique journey” – Edgar Wright

Thomasin McKenzie and Anya Taylor-Joy star in the film.

Here’s the plot! : Edgar Wright’s psychological thriller about a young girl, passionate in fashion design, who is mysteriously able to enter the 1960s where she encounters her idol, a dazzling wannabe singer. But 1960s London is not what it appears, and time seems to fall apart with shady consequences… 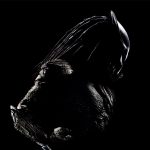 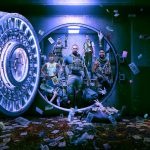