Take this with some fries condiment.

A new rumor suggests that Sony wants Sam Raimi and Tobey Maguire to do a fourth “Spider-Man” movie – yep, despite the fact they’ve got another “Spider-Man” franchise in play, and doing well – some after they shoved the cobwebbed tights back in the closet.

Maguire is rumored to be reprising his Peter Parker/Spider-Man for the upcoming “Doctor Strange in the Multiverse of Madness”, alongside current web-slinger Tom Holland, so it IS possible there has been some talk of Maguire continuing on as an other-earth Peter Parker.  Still, seems a bit ridiculous to have two “Spider-Man” franchises play the box-office at the same time.

You might recall that Raimi and Maguire were actually attached to a “Spider-Man 4” back in the day, and it would’ve reportedly seen Spidey go head-to-head with John Malkovich’s the Vulture, back an iffy script saw the project canned in favor of a reboot (the one starring Andrew Garfield). 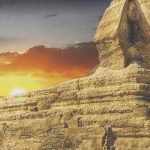 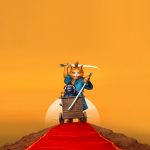