Director Natasha Kermani (Imitation Girl) and Writer (and lead character)  Brea Grant (12 Hour Shift, After Midnight) have created a thought-provoking reflection of women’s experiences in their latest release, Lucky. The film is a satire-thriller that has a lot to say about violence against women and the way in which violence is handled.

Lucky examines the dangerous nature of gaslighting, manipulation, and toxic masculinity through the eyes of May, a self-help author. In a Groundhog Day-esque fashion, each night May is visited by a man attempting to kill her. We bear witness to the response that May receives from her husband, police officers, and men in general when seeking help for the violence she experiences each night. Each attempt to seek help is brushed off, minimised, and mocked. May is repeatedly told that she should consider herself “lucky” which further reinforces the fact that no one is taking her situation seriously. There are few women throughout the film who support May in her determination to find her attacker, with the exception of her assistant who appears to show an appropriate level of concern for her health and wellbeing.

Every night we witness the incredibly real events that May experiences. Frustration is intentionally built as we become the spectators in May seeking out help from law enforcement and her own husband, who eventually abandons her because of her “behaviour”. Grant does a fantastic job in expressing the frustration that we too as the viewers are feeling for her throughout the film. Grant is captivating and depicts the plea of a woman who is striving to have her voice heard in a world that is working against her. On a number of occasions May is dismissed being told “this is just how things are” and “calm down”. However, May is determined to defeat her attacker once and for all, which leads to some fantastically choreographed fight scenes where Brea Grant kicks some serious butt!

This intelligent thriller / slasher deeply examines the horror that women face when reporting violence whilst facing the systemic bias that women face from structures and institutions that benefit men. Despite Kermani building a perfect blend of tension and anxiety in the first two acts, Lucky’s ending leaves many questions unanswered and fails to give viewers cathartic closure. Which if you look at the message of the movie is most likely the critical point of the film’s end.  The ending has a lot to say about the faces of gendered violence and for me confirmed my knowledge that a majority of violence against women is perpetrated in the “safety” of their own homes. If you are looking for your typical slasher horror, then this is not the movie for you. It is filled with metaphor, symbolism, and feminism and if you aren’t into those things then you won’t understand the important underlying message of the film. Lucky shines an important light on women who are faced with the trauma of victimhood and having their stories believed in a crucial post #metoo society. 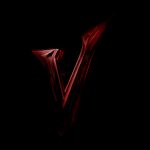 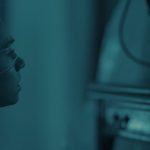