If there’s one thing a horror sequel attempts to do, but regularly fails in, is in giving audiences a truly unique and original story that doesn’t play like it’s predecessor.

In an interview with SYFY, “Don’t Breathe 2” co-writer and executive producer Fede Alvarez said the Rodo Sayagues’ directed follow-up is very different to the original.

“I love it,” he tells the site, “Don’t Breathe 2 is really fascinating, I can’t wait for you to see it. You have no idea what’s coming.”

Álvarez starts to laugh during the conversation.

“My co-writer and I, everything that people find disturbing, we eventually find it hilarious. That’s why I’m laughing about Don’t Breathe 2 [and] what the reaction of the audience will be. As a sequel, it’s just quite different. It has everything you love about the first one, hopefully, but done with a completely different approach, storytelling-wise.” 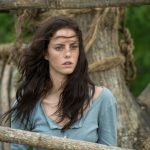