Brainy, ballsy and brandishing the kind of clever, far-out plot mechanisms not seen since the days of “Scanners” and “Jacob’s Ladder”, writer-director Anthony Scott Burns’ “Come True” plays out like an art house take on Chuck Russell’s “A Nightmare on Elm Street III : Dream Warriors”.

Anchored by rising up-and-comer Julia Sarah Stone, the surprisingly [largely] unpredictable and solidly written yarn ports us into the dreams of a teenage runaway that’s found herself participating in a sleep study. The result is suitably solid but it’s dissimilar tone and indecisive conclusion may see the more impatient of movie watchers reaching for the remote.

Executive produced by Vincenzo Natali, and encompassing the kind of welcomingly eccentric and unique plots that his “Cube” and “Splice” did, Lightbulb Film Distribution’s “Come True” is perfect viewing for those who’d rather have rigid teeth yanked than sit through that four-hour superhero flick that’s also on release this week. 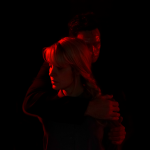 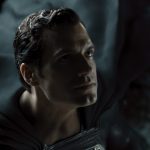