The role of Cyclone in Dwayne Johnson’s upcoming DC flick “Black Adam” has been cast, with Quintessa Swindell (Netflix’s “Trinkets”) taking on the whirlwind hero. She will also star alongside Aldis Hodge as Hawkman, Noah Centineo as Atom Smasher, and Sarah Shahi in a supporting role.

Per The Hollywood Reporter – In the comics, Cyclone is Maxine Hunkell, the granddaughter of the original Red Tornado, a female character introduced in 1940. The more well-known Red Tornado was created decades later and is an android with wind-related powers. Cyclone has wind and sound-generating powers.

Word is that Chris Pine (“Wonder Woman 1984”) is in negotiations to join “Dungeons and Dragons” for Paramount. Jonathan Goldstein & John Francis Daley are directing the live-action adaption of the popular role-playing Hasbro game, with the hopes of it launching a new franchise.

Filming is expected to begin in the first quarter of 2021 in Belfast. News via Deadline.

Alicia Vikander of “Tomb Raider” fame has been cast to star in “Irma Vep” for HBO and A24. The limited series is a remake by French filmmaker Olivier Assayas of his own 1996 feature.

The story will centre around an American movie star named Mira (Vikander) who is disillusioned by her career and a recent breakup. She moves to France to star as Irma Vep in a remake of the French silent film classic “Les Vampires” and soon struggles as the distinctions between herself and the character she plays begin to blur and merge.

Assayas said of the series “This is a comedy that will try and catch the zeitgeist the same way the original Irma Vep did, in a very different world, a very different era, that right now feels light years away.” 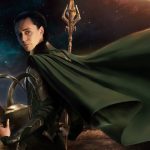