With the release of May’s “Candyman” reboot being pushed back due to C19, and obviously, no guarantee that audiences will show up when this one eventually does open (it’s due to hit theaters in September), it’ll be no surprise to soon hear that the highly-anticipated horror revamp goes the direct-to-digital route.

Actor Tony Todd, who is rumored to be reprising his role as the OG Candyman in the film, arched eyebrows when he seemingly confirmed that the film will hit VOD the same day as it’s proposed theatrical release.

Yep, definitely sounds on the money. Win-win for everyone. 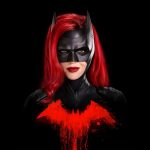