As we know, Snyder completed most of “Justice League” in 2016 before stepping away from production due to a family tragedy. Joss Whedon then took over, and the sub-par result and poor reviews started the never-ending discussion that Snyder’s direction would have been better. Hence, the “Snyder Cut” demands.

Keep an eye out for further updates on when the “Snyder Cut” of “Justice League” will drop on HBO Max! 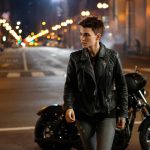