The “Supergirl” spin-off, which hails from executive producer Todd Helbing, DC Universe architect Greg Berlanti and Warner Bros. TV, revolves around the world’s most famous superhero and comic books’ most famous journalist, played by Tyler Hoechlin and Elisabeth Tulloch, as they deal with all the stress, pressures and complexities that come with being working parents in today’s society.

Chriqui, also known for her roles in the series “Entourage” and “Super Troopers 2”, plays a role previously played on screen by the likes of Kristen Kreuk (on “Smallville”) and Annette O’Toole (in “Superman III”). 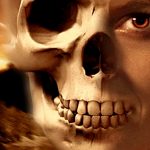