Speaking to Barrons, Iger spoke about the recent decision to fast-track both “Frozen II” and “Artemis Fowl” to the company’s streamer, in turn forgoing a theatrical on the latter.

“In terms of movies going ahead after Artemis, there may be a few more that we end up putting directly onto Disney+, but for the most part a lot of the big tentpole Disney films, we’ll simply wait for slots. In some cases, we’ve announced new ones already, but later on in the calendar,” Iger said in an interview with the publication.

While Iger doesn’t name the films that might bypass theaters, most folks have money down on Marvel’s “The New Mutants” which was taken off the calendar  – for a third or fourth time – after the coronavirus pandemic hit.

“The New Mutants”, though set in the same universe as the “X-Men” movies is essentially a horror movie and follows a group of young mutants held in a secret facility fight to save themselves. The cast includes horror regulars Anya-Taylor Joy (“Split”), “Game of Thrones” alum Maisie Williams, and Alice Braga (“I Am Legend”).

Originally scheduled for theatrical release April 2018, the film was then delayed while reshoots were planned and Disney began the process of acquiring production company 20th Century Fox. After the acquisition was completed, Boone returned to work on the film, and it was completed without reshoots in March 2020.  The film was then delayed once more when the Coronavirus pandemic kicked in. It is now undated. 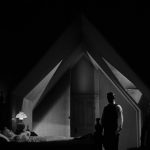 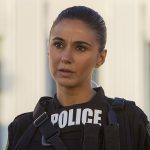