“Twin Peaks” director David Lynch has responded to rumors that he’s got a new TV series in the works.

Speaking to The Hollywood Reporter, the filmmaker didn’t deny or confirm whether the rumored project is real – but did say he wasn’t likely going to work on anything until a vaccine for Coronavirus is development.

“The lockdown stopped all kinds of work that involves other people. It forces us to go to something that we can do on our own. Like, I’m experimenting with music. I can experiment with any kind of motion picture I can do on the computer. And I can work in the wood shop and build things. I can go to the painting studio and paint. You can’t work on a film right now and I think for a long time, we won’t be able to work with a big crew in a normal way of filmmaking. It’s just too dangerous right now. It’s really something to think about. I don’t really think I can make a film until there’s a vaccine.”

So, what about the series?

“There’s all kinds of rumors. I’ve got a show called What Did Jack Do? on Netflix right now. It’s a great show about a monkey. It’s something you’ve got to see. And it will really help you in quarantine.  All these rumors are flying about, but I can tell you that there’s nothing happening in that regard. It’s a rumor that even if it was true — there’s nothing happening.”

It’s been rumored that the new series, potentially teaming Naomi Watts and Laura Dern, had been set up at Netflix. 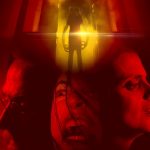