Hey there fellow horror geeks and monsterphiles! Promethues here with some news from the sci-fi front!

Recently, we were given our first, albeit small, glimpse of Denis Villennueves’ upcoming adaption of Frank Hebert’s “Dune.” Of course, fans have been clamoring for any and all information on the highly anticipated film, and now Jason Momoa has thrown us dogs a bone!

While speaking to Ellen DeGeneres, the “Game of Thrones” actor offered up this description of his character, Duncan Idahao, while simultaneously teasing the size and scope of the project!

“I get to play this character Duncan Idaho, who’s kind of a master swordsman who’s made the right hand man to Duke Leto, who is Oscar Isaac’s [character]. He’s the first person to be sent out to land on Dune, and that’s when I meet the character that Javier Bardem plays. I can’t believe I had a scene with Javier Bardem! It’s him and Timothée Chalamet, Josh Brolin, Rebecca Ferguson and Stellan Skarsgård. It’s a pretty massive film and I get to be this little—he’s kind of the Han Solo-esque of the group. He’s kind of the rogue warrior who protects Timothée Chalamet and he serves Oscar Isaac.”

You can check out the full video below, where Jason also shows off his “mancave,” and talks about the awesome cast of “Dune!”

What do you think out there? Are you as excited for “Dune” as I am? Comment below and until next time, keep on geekin’ on, my friends! 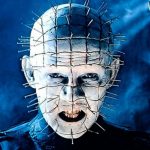