Hey there, Fellow horror geeks and monsterphiles! Prometheus here, and right about now you’re probably wondering, what the hell is Quibi?

Let me break it down…

In short, Quibi is a start-up company with giant-sized cojones. I say this because it’s willing to gamble everything betting that you, the consumers, are prepared to shell out money for high quality, short “movies” and/or “shows.”

These “Quibis,” short for “quick bites,” will feature Hollywood star-power both in front of and behind the camera. All Quibis will be about ten minutes long and will be designed specifically for mobile phones. It launches in the U.S. on April 6th, and will cost $5.00 USD a month for the version with commercials (boooo), or $8.00 USD a month for the commercial free version.

Will it work? I don’t know. This is either pure genius, or it’s one of the dumbest things that I’ve ever heard. It’s a real grey area. I could see it going well, or completely flopping. Aren’t experiments fun?

The programming looks to be of quality though, with Quibis ranging from comedy, to drama, and even game shows! Of course, comedy sounds like a good match but one genre that really stands to benefit, in my opinion, is horror.

That’s right! Short bursts of horror that can be quickly consumed on your break (or on the john…) from your smartphone! Sounds like a true horror geek’s dream, no?

There are several horror themed Quibis to look forward to, but one actually has me excited! Sam Raimi’s “50 States of Fright” is set to release on Quibi’s app on April 13th, and it looks downright creepy. It’s an anthology series and you can check out the official synopsis, and teaser below!

“The first season of ’50 States of Fright’ will explore stories based on urban legends from Colorado, Florida, Iowa, Kansas, Michigan, Minnesota, Missouri, Oregon and Washington taking viewers deeper into the horrors that lurk just beneath the surface of our country.”

Intigued yet? I know I am! Will it be enough to dish out $5.00 – $8.00 USD a month? Time will tell, my friends. Until then, you can check out Quibi’s site here! Get a feel for their upcoming slate and there’s even a 90-day free trial! The app is available for both iPhone, and Android users!

What do you think out there? Is this service something that you’d happily pay for? Comment below and until next time, keep on geekin’ on, my friends! 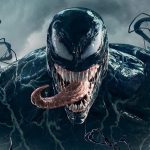 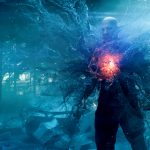