“Bloodshot”, the Sony Pictures adaptation of the cult comic, will hit digital next Monday as a result of theaters closing.

The film, which only opened last week, will be available for digital purchase for $19.99 in the U.S. with all leading retailers.

The Vin Diesel starrer joins Universal and Warner Bros. in releasing films (including “Birds of Prey,” “The Way Back,” “The Hunt” and “The Invisible Man”) early on VOD.

“Sony Pictures is firmly committed to theatrical exhibition and we support windowing,” Sony chairman Tom Rothman said. “This is a unique and exceedingly rare circumstance where theaters have been required to close nationwide for the greater good and ‘Bloodshot’ is abruptly unavailable in any medium. Audiences will now have the chance to own ‘Bloodshot’ right away and see it at home, where we are all spending more time. We are confident that — like other businesses hit hard by the virus — movie theaters will bounce back strongly, and we will be there to support them.” 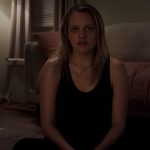 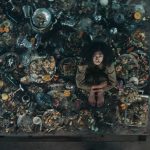