Hey there fellow horror geeks and monsterphiles! Prometheus here with an update on future ‘Aquaman’ spin-off, ‘The Trench!’

If you’re unfamiliar with ‘The Trench,’ don’t feel bad. Not too much is known about the film, except that it’s supposedly going to be a horror, and come out well before ‘Aquaman 2.’

Screenwriter David Leslie Johnson-McGoldrick, who is working on ‘Aquaman 2,’ held a small Q&A the other day over on Twitter. When asked about where ‘The Trench’ fits into the larger timeline, he had this to say:

‘THEORETICALLY, IT TAKES PLACE BETWEEN 1 AND 2. BUT SOME PIECES OF THIS IS STILL BEING WORKED OUT.‘

Not much to go on, but at least it’s a loose idea of when the events of the film will take place! What do you think out there? Are you excited for a horror-flavored ‘Aquaman’ spin-off? Comment below and let me know! James Wan is a horror icon and The Trench was probably my favorite part of the original ‘Aquaman’ film, so I’m certainly interested in seeing it explored! Stay tuned for future updates!

‘The Trench’ is set to be written by Noah Gardner and Aidan Fitzgerald. Can James Wan bring the horror of ‘The Conjuring’ to the DC Universe? Time will tell, my fellow horror geeks!

That’s it for now folks! Until next time, keep on geekin’ on, my friends! 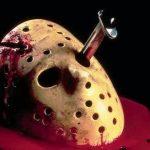 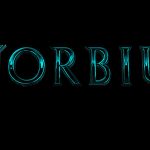