“God’s Country” is set in the bleak winter landscape of the Mountain West. Newton plays a college professor living on her own at the edge of the national forest. One day she confronts two hunters trespassing on her land, triggering a battle of wills with dangerous ramifications.

Shaye Ogbonna wrote the script for the pic, which lenses this month in Montana. 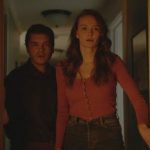