The next film in the recently revived  “Halloween” movie series may be the first of two new sequels but that doesn’t mean it’ll play like the middle part of some sort of trilogy, producer Jason Blum has confirmed.

“Halloween Kills”, says the Blumhouse chief, works in its own terms.

In an interview with Gizmodo, Blum was asked about movies that are the second part of a trilogy, where viewers know that they are not going to get the full story. “I worried about it until I saw [Halloween Kills”],” he said. “And David [Gordon Green, director] worried about it. That it would feel like, remember Lord of the Rings? Like you weren’t getting [the full story]? It doesn’t feel like that at all.”

He added, “[Halloween Kills] feels like a complete movie,” he said. “There’s a first, second, and third act. It has a big end. You still know from the end of the second movie where the third movie is going, but the second movie ends in a totally satisfying way. So it doesn’t feel like, you know, that Lord of the Rings issue that they had.” 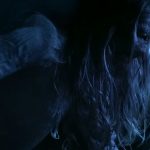