“Son”, a supernatural horror film starring Andi Matichak, Emile Hirsch and Luke David Blumm, has been picked you by Shudder for North American and UK release.

Per Deadline, the streamer has UK and Ireland, and has also picked up exclusive SVoD rights for North America, partnering with fellow AMC Networks-owned company RLJE which will handle the rest of domestic, encompassing theatrical, transactional VOD and digital, and home video.

The project, now in production, is a character-driven horror about a mother who escaped from a demonic cult as a child. Her past catches up with her as its members infect her young son with an insidious disease, the cure for which is more terrifying than she can imagine. 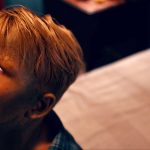