“The Dark Half” is being done-over at MGM, this time with “Her Smell” helmer Alex Ross Perry adapting and directing.

George Romero previously brought King’s story to the screen in 1993, with Timothy Hutton playing the author who decides to bury his pseudonym – only to have the other author return from the grave.

According to Deadline, who have the scoop, Perry is planning a “reinvention” of the original.

The new take on “The Dark Half” comes hot on the heels of “Doctor Sleep” and “It Chapter Two”, two other adaptations of King classics, both released this year. It was announced recently that a new incarnation of King’s “From a Buick 8” is also in development. 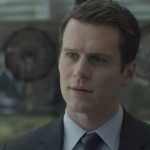