Peter Sarsgaard, known for his roles in such horror fare in “Orphan” and “The Skeleton Key” has joined the cast of “The Batman” in an unspecified role.

Director Matt Reeves shared a photo of the actor on Twitter on Friday, confirming he was joining the cast of his all-star Caped Crusader jaunt but didn’t specifify which role he’d be playing. With Harvey Dent not yet cast, money is on Sarsgaard donning the dual face.

This week, Sarsgaard’s missus Maggie Gyllenhaal (herself a Batman alum) posted the following on Instagram – is it possible she was alerting us to the casting news?

Half way through a shave… 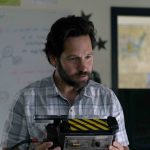 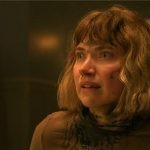