Further suggesting director Matt Reeves is definitely on the right track when it comes to crafting Warner’s latest ‘Batman’ reboot, a couple of today’s most gifted actors have been courted for key roles in “The Batman”.

Andy Serkis, a Reeves-regular who had previously been rumored to play the role of the portly Penguin, is in talks to play Bruce Wayne’s devoted, steadfast butler Alfred Pennyworth in the film, while Colin Farrell would play Oswald Cobblepot/The Penguin.

The former, no stranger to comic book movies having played arms dealer Ulysses Klaue for ”Avengers: Age of Ultron” and “Black Panther”, would play a role previously occupied by the likes of Jeremy Irons (“Batman vs. Superman”), Alfred Gough (Tim Burton’s “Batman” and its three sequels), and Michael Caine (Chris Nolan’s ‘Dark Knight’ trilogy). While most would assume the mo-cap wiz a better fit for the stubbly rogue, The Penguin, Reeves seems determined to mess with expectations here, and clearly knows the British actor is a better fit for Batman’s lovable servant and mentor.

Serkis will be spending quite a large amount of time in comic book stores over the next twelve months, being that he’s also attached to direct “Venom 2” for Sony.

“Horrible Bosses” and “Dumbo” alum Farrell, who played ‘Bullseye’ in Marvel’s “Daredevil” film and who was once in talks for the then-Wolfgang Peterson directed “Batman vs. Superman” movie, plays a character most famously portrayed by pint-sized Danny De Vito in Tim Burton’s “Batman Returns”.

Jonah Hill had flirted with the role but negotiations broke down.

In addition to Robert Pattinson’s young Caped Crusader, “The Batman” will also star Jeffrey Wright (“The Hunger Games”) as Commissioner Gordon, Zoe Kravitz (“Mad Max : Fury Road”) as Catwoman, Paul Dano (“There Will be Blood”) as The Riddler and

In the film, which begins filming in the UK in January, a thirty-something Bruce Wayne goes up against a “rogue’s gallery” of Gotham’s worst, while trying to crack a crime. 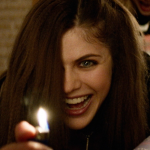 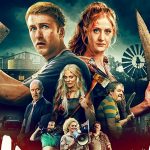