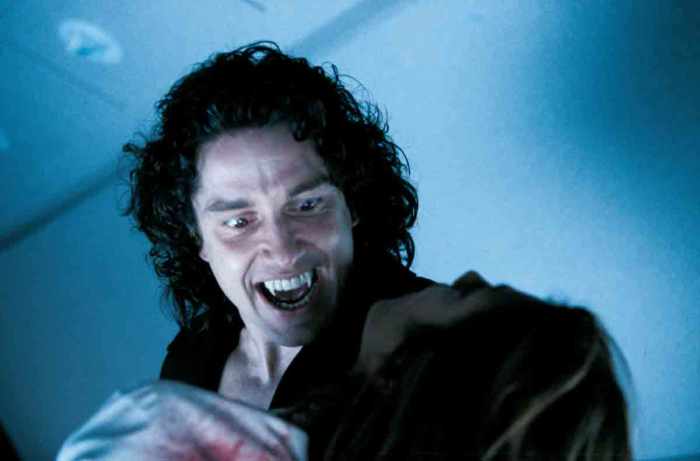 Norwegian filmmaker Andre Øvredal (“Scary Stories to Tell In the Dark“) is in very early talks to direct Amblin’s “The Last Voyage Of The Demeter”.

Based on the classic Bram Stoker novel “Dracula”, it’s about the seminal vampire’s sea voyage to England aboard The Demeter.

Related Topics:Andre OvredalhorrorScary Stories To Tell In the DarkThe Last Voyage of the Demeter
Up Next 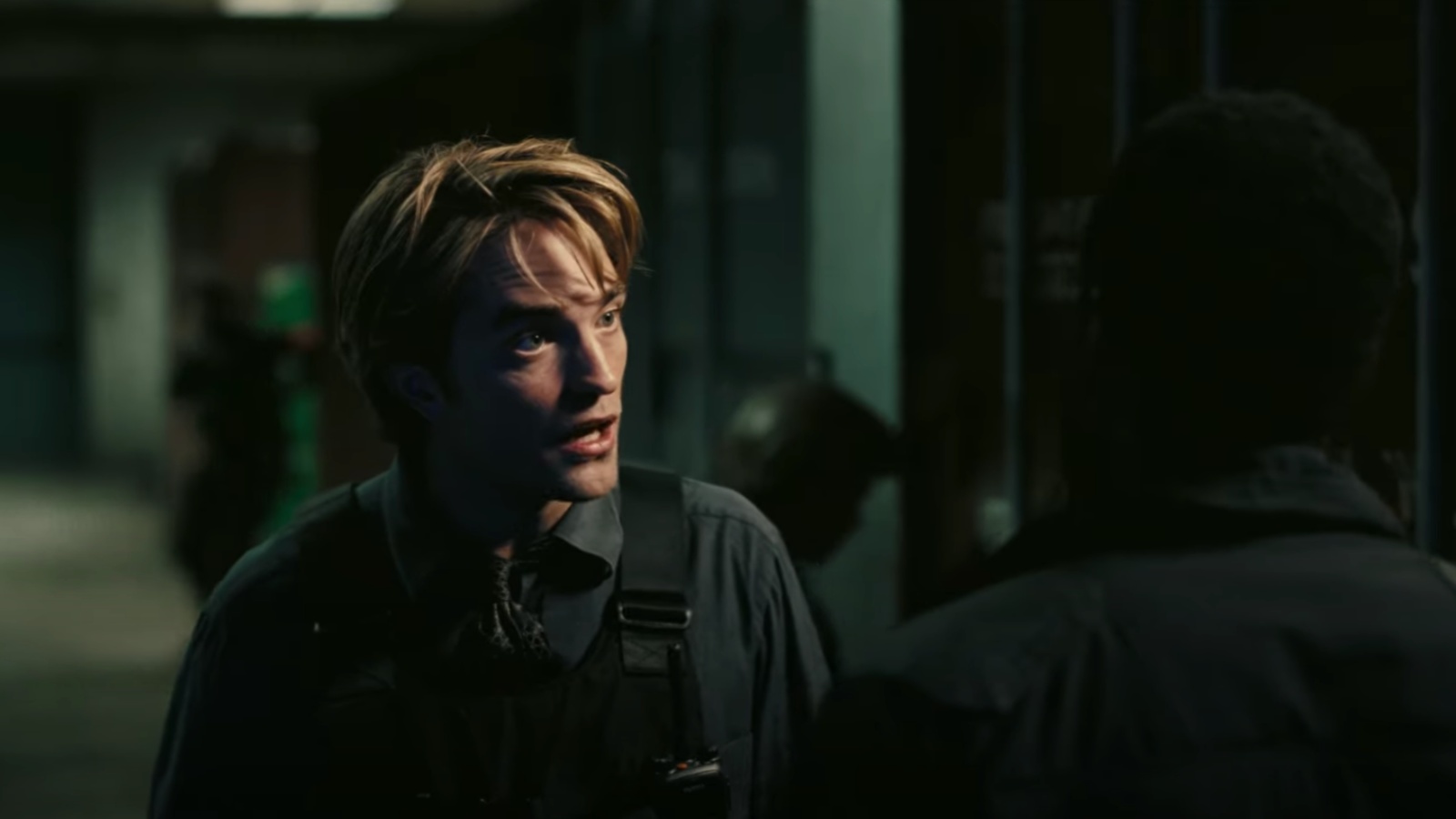 After an elongated shut-in due to the ongoing Coronavirus pandemic, one Australian state is now breathing a sigh of relief as restrictions ease following eight straight days of zero new confirmed cases of the disease.

While most other Australian states have been lucky enough to escape a severe second wave of the disease, Melbourne and regional victoria were hit hard a few months back when the virus returned with a lethal second dose, sending local government into a pandemic whither. Most businesses, including cinemas and Drive-ins, were forced to close.

While Victorian drive-in theaters were recently allowed to re-open, those theaters in the city of Melbourne have only now been given the go-ahead to open. Most, including the Hoyts and Village chains, will reopen from Thursday.

Christopher Nolan’s “Tenet”, released in other states earlier this year, will screen for the first time in Victorian theaters this month. Drive-in theaters in the state were not allowed to screen the film until every other type of theater could screen it at the same time. That looks to happen from Thursday.

The film has already been scheduled for a home entertainment release in December.

‘Jurassic World : Dominion’ is in the can!

“Jurassic World : Dominion”, the third and reportedly final chapter in the “Jurassic World” series of films, has admirably wrapped production. The $165m Universal sequel wrapped at UK’s Pinewood Studios after an unarguably tough shoot, one that required 40,000 Covid tests, millions of dollars spent on safety measures, and for cast and crew to isolate in a bubble for months.

“There are a lot of emotions,” director Colin Trevorrow told Deadline on the way to shooting the finale of the film which will feature “Jurassic legacy actors Sam Neil, Laura Dern and Jeff Goldblum, Jurassic World stars Chris Pratt and Bryce Dallas Howard and newcomers to the movie such as Mamoudou Athie and DeWanda Wise [who we’ve separately heard could have a big role in future instalments]…and some dinosaurs, of course.”

“I’m not sure I can put it into words,” continues Trevorrow. “It has been remarkable. Our crew and our cast has been so resilient. All producers have worked around the clock to make it the best it can be. It has been inspiring.”

Donna Langley, Chairman Universal Filmed Entertainment Group, told the outlet: “As we continue to contend with the challenges facing our industry during a global pandemic, the collaborative nature of this production allowed us to safely complete nearly 100 days of shooting, and we are so proud of what this team was able to accomplish.”

Michael Bay is in talks to direct a remake of 2005’s “Ambulance”.

The Laurits Munch-Peterson directed film followed a returned veteran from Afghanistan who is drawn by his brother into a bank robbery. When the robbery goes horribly wrong, the brothers take hostages and hijack an ambulance. As the situation escalates, old wounds reopen in the relationship between the brothers as they fight to survive what seems like an impossible situation. The original film is mainly set in one location in real time with minimal characters.

Per Discussing Film, who have the scoop on Bay’s anointment, Bay steps in for Navot Papushado and Aharon Keshales, who were originally set to direct.

While Chris Fedak wrote a draft of the film, a new writer is being brought in to pen the Bay incarnation. 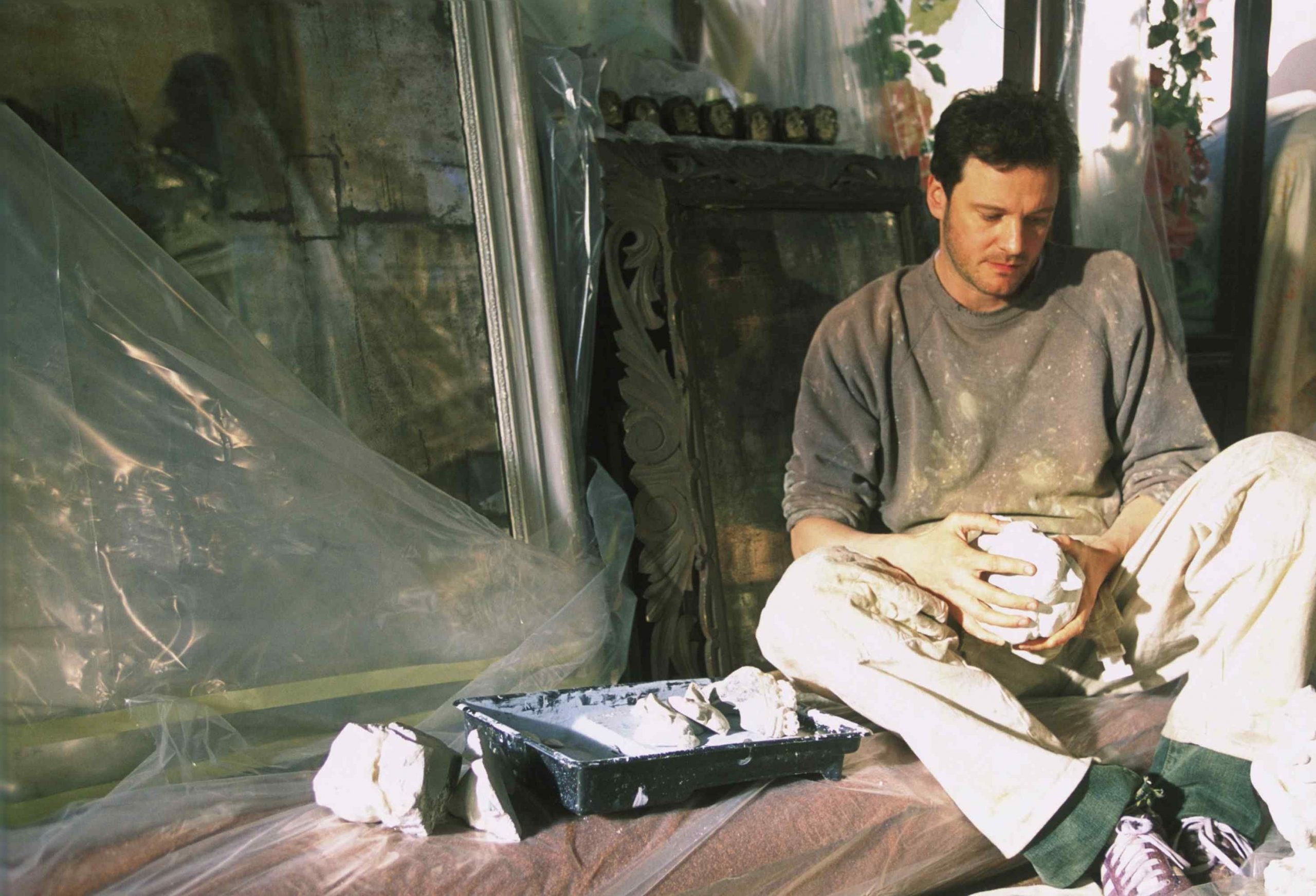 The film, tentatively titled “New York Will Eat You Alive”, will be housed by Tencent and STX Films. The action-comedy will be helmed by “Isn’t it Romantic” director Todd Strauss-Schulson with Channing Tatum among producers on the project. Alex Rubens wrote the screenplay.

Created by Jia Haibo, ”Zombie Brother” is set in City H, where the water supply has been contaminated by an ancient coffin. People who drink the water therefore turn into “Zombie Brothers” who eat others to evolve (think the latest season of Stranger Things). The main character is Bai Xiaofei, an ordinary boy who loves playing computer games at home — the story follows Bai as he steps out of the house and hits the road to find his girlfriend.

In a rather swift and unarguably surprising move, Johnny Depp has announced his resignation from the “Fantastic Beasts” franchise.

Depp has played Gellert Grindelwald in the previous entries in the series but Warner Bros, the actor explained in a statement, doesn’t want him to continue in the part. A recent court ruling against Depp in a libel case tied to his divorce from “Aquaman” actress Amber Heard is believed to have played a big part.

In the statement, which Depp posted on Instagram, the actor assured fans he plans to appeal and intends to prove allegations against him are false.

Meantime, Warner Bros has confirmed that its third “Fantastic Beasts” movie will no longer open in 2021. That film, which was due to open November 2021, will now open sometime in 2022.

With a large number of theaters still shut in the U.S – including major markets like New York and Los Angeles – don’t expect any new major theatrical releases until at least next Easter

‘The People Under The Stairs’ remake in the works 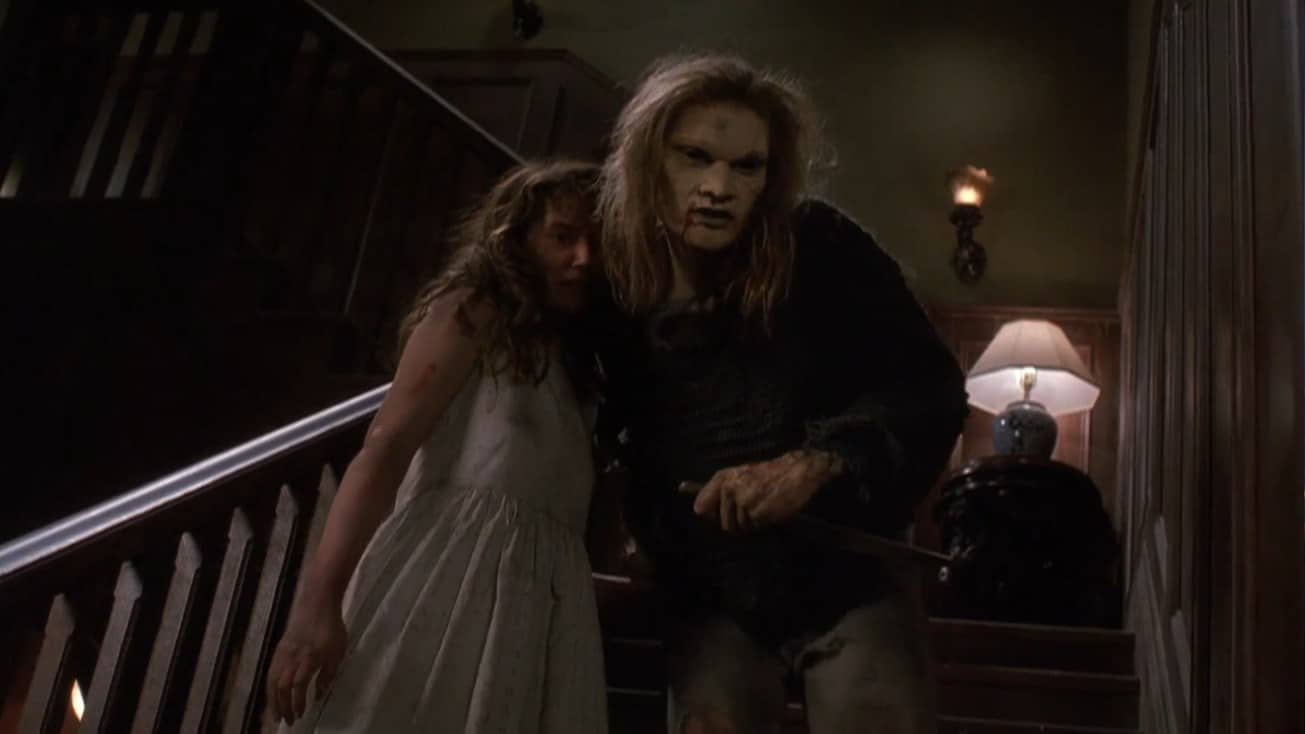 Funnyman turned horror-staple Jordan Peele (“Get Out”, “Us”) is looking to Wes Craven’s back catalog for his next spooktackular effort.

Collider reports that an update on the 1991 horror satire “The People Under The Stairs” is on Peele’s to-do list. Peele will produce the remake alongside Win Rosenfeld via their Monkeypaw Productions banner, and though Peele is not expected to direct the film himself, there’s a shot he could lend his talent to the libretto.

The original film followed a young boy and two adult thieves who become trapped in a house belonging to a strange couple known as the Robesons after breaking in to steal their rare coin collection. They find a lot more than they bargained for waiting for them in the basement.

Though MTV produced a series on Craven’s “Scream” shortly after the famed filmmaker’s passing, the “People” remake would be the first remake of a feature. 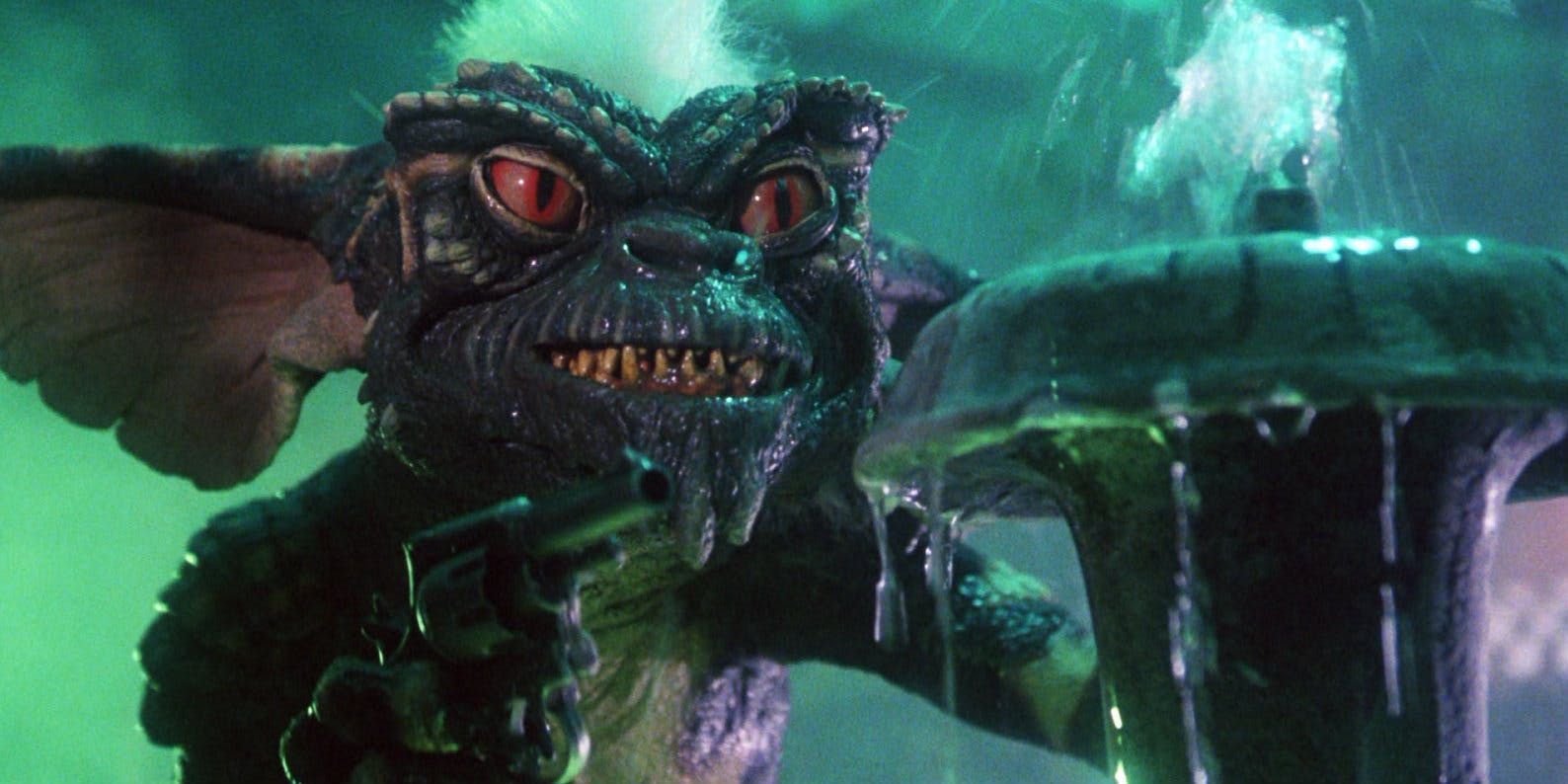 Concept art for HBO Max’s upcoming animated series “Gremlins : Secrets of the Mogwai” has been released. Co-executive producer Tze Chun dropped the imagery on his twitter.

Love what this team has been doing and excited to show you more 😍 pic.twitter.com/KHgMQrD42V

The series is said to be a period piece that would follow Mr. Wing, the Chinese grandfather played in the films by Keye Luke, as a young man as he goes on adventures with the friendly Mogwai Gizmo. The series will be produced by Warner Bros. Television and Amblin Television. Both Warner Bros. and Amblin produced the films on which the show will be based. Tze Chun also writes.

The original “Gremlins” film was released in 1984, and a sequel “Gremlins 2: The New Batch” in 1990. Joe Dante directed both films.

Gizmo will feature in the animated “Gremlins” series

That third “Gremlins” movie, which has a script but little else, has been in development for quite a few years now. Original scribe Chris Columbus is back on scripting duties, and promised recently a much “grittier” “Gremlins” than the 1990 sequel.

“I’m really proud of the script,” Columbus said. “It is as twisted and dark as anything, so we’ll see. It’s always a budgetary conversation when we’re going to shoot it. I wanted to go back to the really twisted sensibility of the first movie. I found that was a very easy place for me to fall back into and start writing again so hopefully we’ll see that movie soon.” 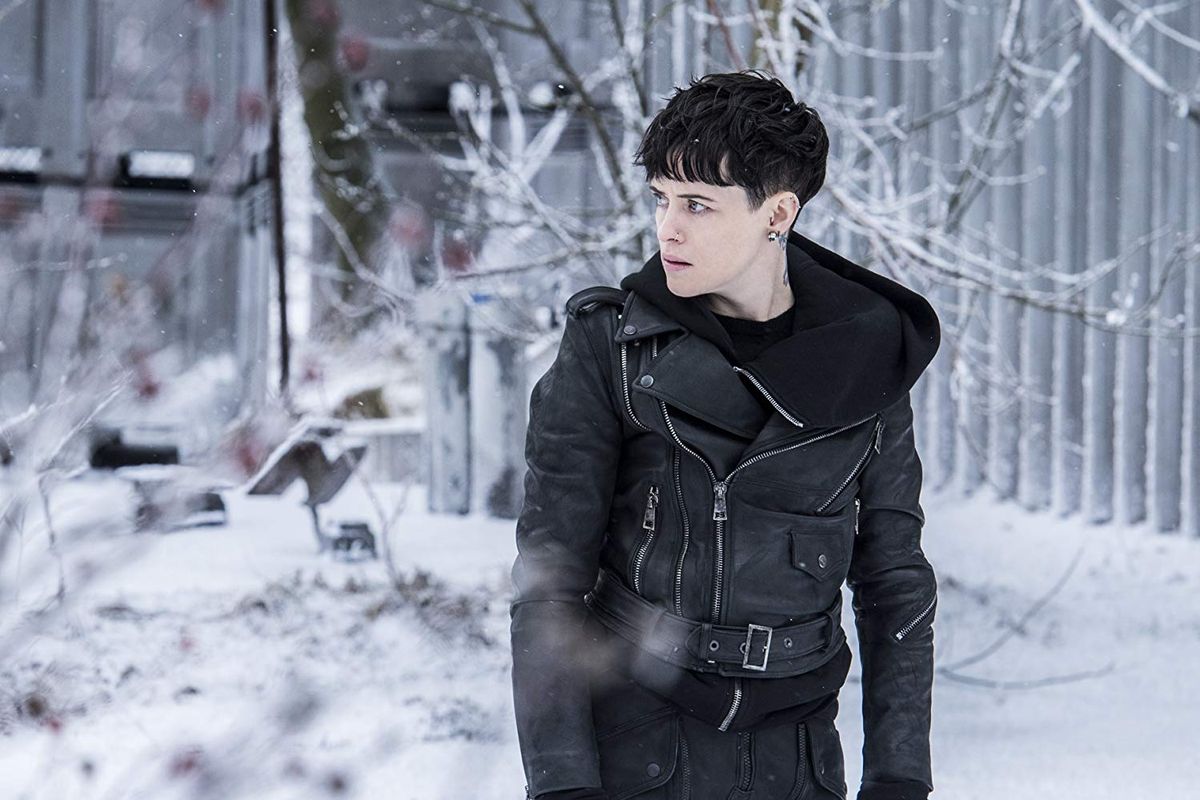 “Dust” a psychological horror thriller starring Claire Foy (“The Crown”), has been picked up by Fox Searchlight.

Introduced at the Cannes virtual market, the film is set against the backdrop of increasingly horrific dust storms in 1930s Oklahoma and tells of a young mother, to be played by Foy, haunted by the past who becomes convinced that a mysterious presence is threatening her family and takes extraordinary measures to protect them.

According to The Hollywood Reporter, the film will be further developed by Disney’s prestige arm.

“Winter’s Bone” producer Alix Madigan of Mad Dog Films is producing with Lucas Joaquin (”Love Is Strange”) of Secret Engine. Will Joines and Karrie Crouse will direct from a script by ”Westworld” scribe Krouse. The script was developed at the Sundance Writer’s Lab.

Foy won an Emmy, a Golden Globe and two SAG Awards for her portrayal of Queen Elizabeth II in Netflix’s “The Crown.” She is developing an adaptation of the Charlotte McConaghy novel “Migrations” and will star and exec produce. 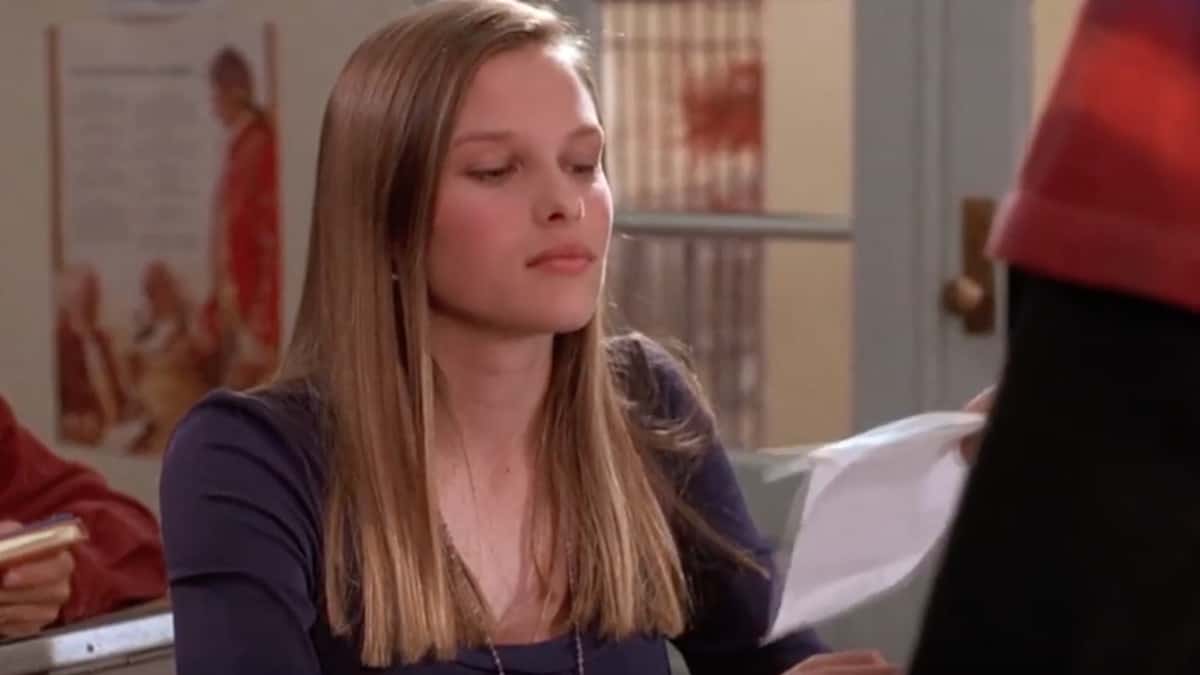 “Hocus Pocus” actress Vinessa Shaw, Sierra McCormick and Pat Healy are starring in Sean King O’Grady horror film “We Need to Do Something”.

Also starring newcomer Lisette Alexis and John James Cronin, and produced by Atlas Industries, Hantz Motion Pictures and Spin a Black Yarn, the film is based on Max Booth III’s novella of the same name – who also adapted for the screen.

”We Need to Do Something” sees Melissa (Sierra McCormick) and her family find shelter from a storm, only to become trapped. With no sign of rescue, hours turn to days and Melissa comes to realize that she and her girlfriend Amy, played by Lisette Alexis, might have something to do with the horrors that threaten to tear her family and the world apart.

“Max’s script captures the hopelessness of 2020 in a way that is both cathartic and – dare I say – really fun,” director O’Grady said in a statement, via THR.

The film, set up with Blumhouse and Truly*Adventurous (where the original article was published), will center on the first purported haunting to be experienced in a public housing project. The adaptation will reportedly focus on the true events surrounding unexplained events that terrified a young boy in New Jersey in the 1960s.

Jason Blum will produce via Blumhouse with Truly*Adventurous’ Matthew Pearl and Greg Nicholas as executive producers.

‘Jurassic World : Dominion’ is in the can!

‘The People Under The Stairs’ remake in the works 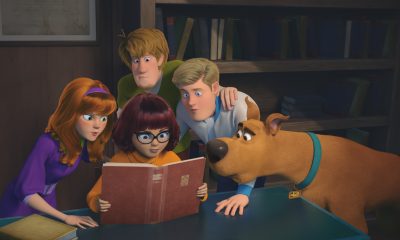