According to Bloody Disgusting, Springwood’s maniac-spawn is no longer leashed by New Line. The rights to the iconic 35-year-old “A Nightmare on Elm Street” have reverted to Wes Craven’s estate.

What this essentially means is that all US rights to the “Elm Street” franchise is now in the hands of those managing the late director’s estate. Warner Bros/New Line still have international but they’ll have to play ball with Craven’s estate on anything ‘Freddy’ from here on out.

Now this doesn’t necessarily mean a new “Elm Street” film is in the works – though Robert Englund recently suggested he could do one more, should the powers that be want to make a direct sequel to the original films – but it does mean that there’s some kind of chatter about Freddy likely going on.

With the success of “Halloween”, which served as a direct sequel to the original film in that long-running franchise, it wouldn’t be surprising to see the “Elm Street” franchise go that route next. 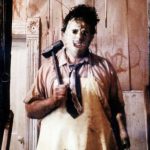